How To Fight : A Korean manhwa translated into 5 different languages is expected to take the manga world by storm. 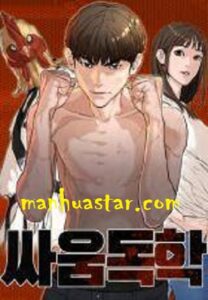 Scrawny high school student Hobin Yoo is probably the last guy you’d expect to star in a NewTube Channel that revolves around fighting. But after following some advice from a mysterious NewTube channel, Hobin is soon knocking out guys stronger than him and raking in more money than he could have ever dreamed of. Can Hobin keep this up, or will he eventually meet his match?

Good for nothing Yoo Hobin is always bullied by students who feel superior to him, yet he ignores them as his life is all too difficult already. However, an unintentional incident ends up turning his life around. He becomes famous through a viral video that he didn’t even intend to upload! Everything is perfect! He instantly becomes famous and starts earning money from the accidental video he uploaded. But since it was unintentional, he is unable to reproduce it. Fueled by the potential money to be made and the sudden change of popularity, he then plans to make more captivating videos that people will find interesting and help him gather more subscribers… However, he cannot accomplish any of that unless he learns HOW TO FIGHT.

♥ Search for series of same genre(s)

Welcome to Manhuastar site, you can read and enjoy all kinds of Manga  such as Drama,  Manhua,  Manhwa,  Fantasy, v.vv…, for free here. All of the Hot Manhwa will be update with high standards every 24 hours. If you are a fan of Comics, Manhuastar is your best choice, don’t hesitate, just read and feel !

If you have any problems with the image on our website, you can contact us via Gmail, Facebook, Tumblr,  Linkedin .When requested, we will review and remove it immediately. Thanks for reading.

The Guy with Pretty Lips

You don't have anything in histories